A/B testing tools can seem daunting, even though the concept is simple.

In an A/B test, you’re showing two versions of a web page — or even smaller changes within a specific web page — to visitors. Half see one variant, half see the other.

You determine the effectiveness of each by observing visitor actions. The variant that prompts them to do what you want them to do most often (buy something, sign up for something, click a link, etc.) is the winner.

That process — testing one variation of a web page against another — can continue indefinitely. There’s always room for improvement and new items to test. A/B testing is a direct method of field-testing your ideas.

But how do you set up A/B testing on your ecommerce site? Do you need to subscribe to a service, or can you do it for yourself? How complicated is the backend process?

How do A/B testing tools work?

The code can either be placed server-side or client-side, but the majority is done client-side via Javascript using a testing tool like VWO, Optimizely, or one of the dozens of testing tools on the market today.

The ultimate goal behind these A/B tests is to run multiple subsequent tests built on the learnings from the previous experiment and use those insights to make incremental improvements in the pages being tested.

Whereas user testing measures how easily a user can achieve their own goals (find a product, select a color, check out and arrange shipping, etc.), A/B testing focuses on getting visitors to take actions you want them to take.

They are both useful for conversion rate optimization, but it’s important not to mistake one for the other. The effectiveness of your testing will hinge on your wise use of strategy.

Why is A/B testing important for conversion rate optimization?

It’s tempting for ecommerce managers to rely solely on personal experience and input from the marketing team when considering web page design choices. You call a meeting, consider the options, then choose the winner by either group consensus or by making a gut-level management decision.

That’s fine for getting started, but the real question is will it work with real customers? What happens when the web page goes live? Will visitors to your site understand what to do next — and will they do it?

That’s where A/B testing comes in. You let the users show you which variation is more effective. They don’t tell you, they show you with their actions.

A/B split testing provides data directly from your visitors. Unlike surveys, where you might ask prospects about their preferences, A/B testing tools make it possible for you to see what they do when given two options.

Does one illustration work better than another?

Could your navigation be organized better?

Should that call-to-action button be big or small, red or blue, round or rectangular?

Do your visitors buy more when given one product description style over another?

A/B testing will tell you. A/B testing is for those who prefer objective data over theory, and sales over discussions about sales.

To get at the A/B testing process, let’s use a real-life example:

TreeRing is in the school yearbook business. The company’s unique social-first approach to capturing school memories gets TreeRing plenty of notice from students, parents, and school staff members. Despite all the attention, though, TreeRing’s conversion rate was not as high as they would have liked it to be. Consequently, revenue goals weren’t being met.

After trying on their own to turn sales around, TreeRing management called The Good for help.

By using a conversion audit to gain insight on where stuck points and bottlenecks existed along the path to sales, the conversion optimization team from The Good identified areas of opportunity, developed a detailed testing roadmap, and launched a robust regimen of A/B testing aimed at converting more of the existing visitors to customers.

In one A/B test series, for instance, the team experimented with the location of the “Request Free Sample” link. Those tests alone resulted in a 42 percent increase in visits to the Free Sample page and boosted conversions by 12 percent.

Following the initial round of A/B tests — just three months after beginning the process — year to year revenue for the quarter was up by 53 percent!

Here are observations made and the steps taken to ignite TreeRing revenue:

But is the TreeRing case a fair representation of the gains an ecommerce website can expect to receive from a rigorous conversion optimization program utilizing A/B testing tools?

In our years of hands-on CRO work, we’ve seen results that weren’t as dramatic as those which TreeRing realized, and we’ve seen companies pull even greater gains. Much depends on the starting point and how much room for improvement exists at the gate.

One thing is constant: any company can benefit from the right application of an A/B testing protocol.

Where should you go from here?

A/B split testing isn’t complicated, but it does take some technical knowledge. You can have your backend developer install the javascript or subscribe to a service that will do it for you. The process need not be expensive.

Most crucial is that you identify areas where your path to sales is losing prospects, that you develop theories about how to free up those stuck points to keep your visitors moving along the road you’ve set out for them, and that you test those theories to prove or disprove them.

Use your best judgment, but don’t rely on it—test it.

Would it be helpful to have an experienced hand guide you?

To speak with a CRO team member from The Good, all you need to do is contact us. We’re always happy to take a look at your company’s situation and point you in the right direction.

To find out more about A/B testing tools in general, check these resources: 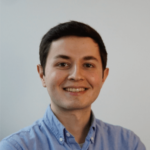