Website goals are an essential part of driving revenue yet many companies fail to define them.

Most people are pretty good at communicating their opinions on features. They can share why they do or don’t like an abstract painting or the design of a website for instance, but multiple studies have shown that those explanations are almost completely fictional.

Gut feelings are locked away in a part of the brain that doesn’t have access to language and most attempts to justify or explain them only result in a story spun for ourselves or others to believe.

This presents an obvious problem when optimizing a website: guidance and feedback can be difficult to provide or receive without resorting to opinion, making it very difficult not only to determine the success of a project, but also to plot a course for success in the first place.

By outlining a series of website goals to build on rather than a list of things to build, it’s much easier to determine whether or not an idea will contribute to a project’s success.

How many times have you scheduled a visit to the doctor armed with a well intentioned list of suggestions to solve your problem based on a bit of Googling? That’s not much different than trying to optimize your website and coming in the door with a list of features; in both cases the expert is being asked to fill a prescription without a full understanding of the problem.

Unfortunately, most projects that begin with this foundation don’t end with a sustainable, measurable outcome that justifies the investment required to create them.

Moving from what to why

After years of experiencing various sides of this arrangement, we’ve shifted our approach from planning the “what” to understanding the “why”, from the features of a project to the website goals behind it.

We’ve found that by first outlining a series of website goals to build on rather than a list of features to build, it is much easier to determine whether or not an idea will contribute to a project’s success.

When a feature has to support a business or behavioral goal in order to make the cut, the inevitably varying opinions guiding a project are also forced to align behind a common standard of qualification.

This makes actively seeking the simplest and most intuitive solutions to the problems we’re being hired to solve a much clearer process, and though it eventually results in a list of components to build, both we and our client can be confident that we’re on the right track.

Another strength offered by shifting from features to goals is the ability to intelligently iterate and optimize an existing website.

While many website projects end with a “post mortem” phase where everyone considers what went well or could have gone better, the last thing we’d call the launch of any digital project would be its death.

Unlike a magazine or poster, digital work can be measured and adapted for the better after it’s launched based on real data.

Even after establishing website goals and building only the features that support them, the launch of a website is still essentially a best guess at what will succeed.

If proper care is taken to set the right website goals and build around them, the launch of a project is the first opportunity to take actual usage data and further align the features behind the goals.

Figuring any of that out and making the necessary changes requires a solid foundation of clear goals at the outset and follow through after launch. This may seem like common sense, but it’s not so common in the web design and marketing industry.

It’s time for that to change. 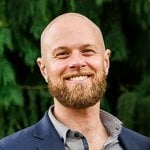