In the second installment of our “Ask-Me-Anything” webinars, we’re joined by Jeff Sheldon – founder of Ugmonk – to discuss the impact that COVID-19 has had on his business.

In the webinar, Jon MacDonald (Founder of The Good) and Jeff Sheldon field ecommerce-related questions and challenges that have arisen as a result of the pandemic, and Jeff details his plan for weathering the next several months of economic slowdown.

Sign-up for our Weekly Growth Insights to view this webinar recording. 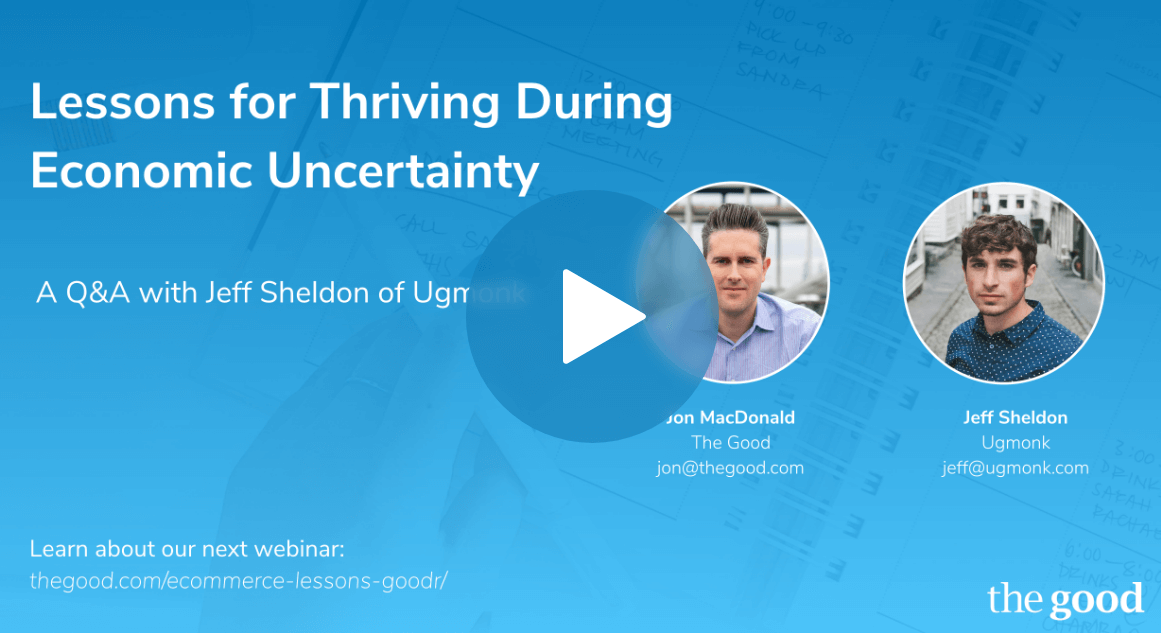 You have Successfully Subscribed!

Your info will not be shared or sold with anyone outside of The Good.