Take up the topic of loyalty programs with any ecommerce marketer, and you’ll hear the same questions and observations come up every time:

Are you looking for ways to get better leverage from your own loyalty program? Or are you still on the fence about whether or not you should launch a loyalty program at all?

Our researchers dug deep to see what they could learn from Amazon Prime. In this article, we’re going to share those findings with you.

The results may be surprising.

The Truth About Loyalty Programs – Never Forget This

It seems like every business you come across has a loyalty program. From the grocery checkout to the drive-through coffee stand, you get reward points, free products, and various discounts for being a member.

If you made a stack of all your loyalty cards, it would resemble a deck of playing cards… right? In some ways, the entire loyalty program concept is becoming more of a hassle than a benefit. They’re just another way to waste the customer’s time.

The truth is that most loyalty programs are really “Give us your information” programs. They exist for the company’s benefit, not for the consumer’s benefit. Armed with your shopping habits and your email address, the grocery store can lure you back in with a never-ending stream of discounts and special offers.

The ecommerce difference – an essential consideration

Ecommerce loyalty programs differ in one huge way. When consumers buy from you online, they’re giving you their contact information. You can already tie them to the purchase.

And once they establish profiles and accounts at your ecommerce store, you can begin building a portfolio of data that will allow you to predict what they’ll need next and when they’ll need it.

Why bother with a loyalty program, then? Should your ecommerce site worry about providing one at all? What advantage is there to your business?

In 2004, Jeff Bezos knew one thing stood in the way of Amazon growth: Why order from his online store when every Walmart location probably has the same kind of merchandise… maybe even for a better price?

It can be frustrating to drive to Walmart, navigate the crowd to search for what you want, stand in line at checkout, and then fight traffic on the way back home.

Going to a big-box store on your weekend shopping expedition can be an enjoyable outing, but running there every time you need a birthday present for Aunt Sally or a set of wipers for your Subaru can be a major hassle. Those trips to Walmart cost a chunk of something more valuable than money: they eat up your time.

In 2004, Amazon was already making it easy for customers to shop without leaving home. If they could figure out a way to deliver orders from warehouse to door in lightning fast time, shopping with Amazon would be even better.

In 2005, Amazon offered a way to close that gap. Their Prime membership option offered unlimited two-day shipping on a million items.

There were plenty of naysayers and critics at the time, but that simple beginning was the catalyst for a growth spurt that took Amazon from under $7B sales revenue in 2004 to over $107B in 2015.

In Bezos’ own words, “We didn’t think of [Amazon Prime] as a shipping program, but as a convenience program.”

We didn’t think of Amazon Prime as a shipping program, but as a convenience program. - @jeffbezos Click To Tweet

TIP #1: When considering the primary value of your loyalty program, go beyond the process to establish the effect. Critics say Amazon Prime is simply a free shipping scheme. Amazon doesn’t see it that way, though. To them, it’s all about customer convenience. Until you and your marketing team fully understand the impact of wearing customer-focused glasses, your marketing messages will be weak and ineffective.

Succeeding with an ecommerce loyalty program: Establish the base

Bezos knew the main difference between buying a toaster online and driving to the big-box store to get it yourself centered on convenience. Given similar pricing, many consumers would choose to order online rather than get in the car. There was just one wildcard: Time.

In 2005, one could expect to wait at least a week (4-6 business days) to get delivery on their orders from an ecommerce website. A week is a long time. There would have to be a deep discount to make the wait worthwhile. The only option was to pay a stiff upgrade fee for overnight or two-day shipping.

What if Amazon could offer two-day shipping as a regular feature? Would that tip the already-heavy convenience scale far enough in the direction of ecommerce to swing more consumers over to computer-based instead of car-based shopping?

Bezos and his team reasoned correctly, but it took years for their gamble to pay off.

Amazon’s based its strategy for Prime on three ideas:

Amazon admits they “gave up many millions of dollars in shipping revenue” in the first year. They won’t tell you when and if Prime broke even, though. The company is characteristically tight-lipped about internal numbers. What we do know is the stock analysts have only recently begun to applaud Amazon’s genius. And many still remain skeptical.

That article went on to say this about Prime:

“At its most extreme it’s a market share grab on which Amazon is willing to not only suffer reduced margins, but actually lose money on additional sales. Otherwise, it seems, Amazon’s profit in dollars wouldn’t be shrinking. And with its after-tax margins so thin, Prime, if it’s much more successful, could render Amazon a money-losing company. Now that’s customer-friendly.”

Notice the dig? Prime looked like a perfect way for losses to outpace gains. Bezos knew he could bring shipping costs down if he could increase volume. He needed to scale, and he was going to have to put up the earnest money to do it.

TIP #2: Make sure your loyalty program is established on principles providing significant benefits to the customer. The more outrageous those benefits the better. Then be willing to give more than you get until the economies of scale deliver a return on your investment.

Succeeding with an ecommerce loyalty program: Keep stacking on benefits

Amazon’s original three-pronged plan is still at the core of Prime. But they didn’t stop there. Since the 2005 launch, the company has consistently added features and improved their processes, making Prime membership increasingly more valuable.

In many instances, Amazon is even achieving next-day delivery for Prime customers… at no extra charge. Some are even getting delivery within an hour or two of the order. It’s almost as if Amazon is waiting at the doorstep for you to need something. It’s that fast.

After shooting for the moon, Bezos and crew didn’t sit back and hope to hit their target. They went to work on ways to up the ante even further.

TIP #3: After you’ve made that outrageous promise, immediately start working on plans to make it even more valuable. Add on so many benefits your customers would be crazy not to take advantage of your plan.

Yes, there are more than three bases you’ll want to cover in your loyalty program. Here are some more to think about:

If you don’t get serious about the big three, though, the rest may not matter. You could find yourself putting a ton of work into something that’s only delivering a minimal benefit.

And what is the main benefit an ecommerce website can hope to gain from a loyalty program? It’s loyalty, of course: Repeat purchases. Higher orders. Customers-turned-evangelists.

Amazon Prime members are five times more likely than non-members to complete an order during any given visit to the site. They produce the lion’s share of sales revenue for the company. They spend more with Amazon, and they spend it more often.

That is the definition of loyalty.

If you want to brainstorm about possibilities, contact The Good. Our team loves to talk about Amazon Prime and how you benefit from their example. 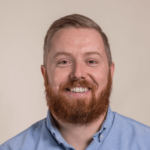